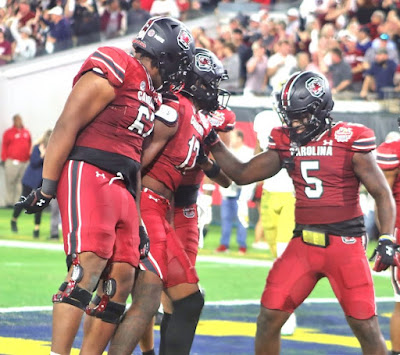 JACKSONVILLE (Florida Sports Wire)  — Gator Bowl Sports Board of Trustees and TaxSlayer, as the title sponsor of the Gator Bowl game since 2012, announced today a sponsorship extension which will last through 2027.

“We express our gratitude to the TaxSlayer family for extending their sponsorship of our historical post-season bowl game,” said Greg McGarity, Gator Bowl Sports President & CEO.  “As we enter our second decade of this sponsorship, we are blessed to work alongside such an incredible partner as TaxSlayer.”

In 2023, the TaxSlayer Gator Bowl will enter into the second half of its current agreement with the Southeastern Conference and Atlantic Coast Conference to host a team from each conference in the annual game and will be broadcast on ESPN.

TaxSlayer’s title sponsorship of the Gator Bowl began in 2012 and was the company’s first entry into the college sports sponsorship space. The partnership extension places TaxSlayer as the eighth longest running title sponsor across college football bowl games.

Like the TaxSlayer Gator Bowl, TaxSlayer embodies a rich history and a commitment to excellence. For over 50 years, the Augusta-based fintech company has given America's taxpayers the tools that they need to file their taxes online and get the refunds they deserve, all at an exceptional value.

“The TaxSlayer Gator Bowl is an exciting opportunity for us to engage with college football fans across the country,” said TaxSlayer CEO Jamie Saxe. “We’re honored to connect our name with this prestigious event and to reach such a significant milestone in Gator Bowl Sports history.”