Golf: Jeff Dailey Award will Go to APGA Tour Player of the Year 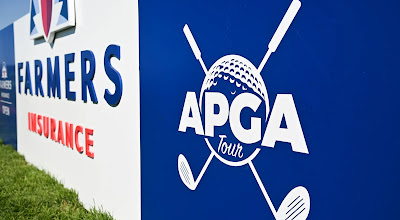 Officials with the Advocates Professional Golf Association (APGA) Tour, a non-profit organization with the mission to prepare African Americans and other minority golfers to compete and win at the highest level of professional golf, today announced that the top player at the end of each season will receive the Jeff Dailey APGA Tour Player of the Year award.

This honor will be given to the APGA Tour Member who earns the most combined points in APGA Tour competition throughout the Lexus Cup season, the Farmers Insurance® Fall Series and two Cisco Invitational events. The award, named after former Farmers Insurance® CEO Jeff Dailey as recognition of his long-time support of the APGA Tour, will include a $25,000 bonus for the winner.

“We launched the APGA Tour in 2010 thanks to a $10,000 contribution that came from Farmers Insurance and through the support of Jeff Dailey,” said APGA Tour CEO Ken Bentley. “The APGA Tour has made incredible progress over the years and Jeff has been a catalyst of our momentum and success. As we look at the future, we want to make sure that his impact on our Tour isn’t forgotten. Having this award in his name is fitting and will serve as a reminder that with the sustained help of dedicated and passionate supporters, change can happen.”

The announcement comes just days before the kickoff to the APGA Tour’s 2023 season at the APGA Tour Farmers Insurance® Invitational which includes a collection of the top, young, minority professional golfers in a 36-hole event played opposite the PGA TOUR’s Farmers Insurance Open. For the second straight year, Sunday’s play will be broadcast live on Golf Channel.

In November of 2022, Farmers committed an additional $25,000 in prize and bonus money for the APGA Tour Farmers Insurance® Fall Series Finale. This additional prize money meant that for the first time in APGA Tour history prize and bonus payouts for players will reach $1 million in a single season. Removing the financial burden and providing opportunities associated with the game are a top priority for both Farmers® and the APGA Tour. The organizations are also focused on ensuring players have access to the tools and support they need, allowing them to better focus on their career paths and development in the game. In 2023, the APGA Tour is again positioned to succeed with as many as 19 events on the schedule at top courses including six TPC properties, Torrey Pines, Valhalla GC, Baltusrol, Concession and many more. In 2022, three players from the APGA Tour earned full-time status on different levels of PGA TOUR sanctioned circuits with Tim O’Neal earning his PGA TOUR Champions card, Willie Mack III earning Korn Ferry Tour status and Kamaiu Johnson playing on PGA TOUR LatinoAmerica.

Farmers leaders have taken time to listen to APGA Tour players, APGA Tour leadership and many others throughout the golf industry, and recognized the importance of offering additional support on the collegiate level, resulting in Farmers sponsorship of the Black College Golf Coaches Association (BCGCA) and their HBCU events.  As part of the organization’s efforts to help grow golf and increase access, Farmers has also expanded its relationship with the APGA Tour and the APGA Foundation to help provide assistance for players at all stages of their journey.